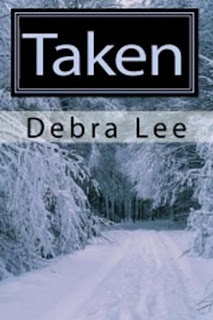 Years ago a small child was taken from his home not far from where I live. The child was never found. His disappearance haunted me over the years, and still does. Hopefully, someday I will know what happened to that little boy. This is one of the reasons I was compelled to write TAKEN. 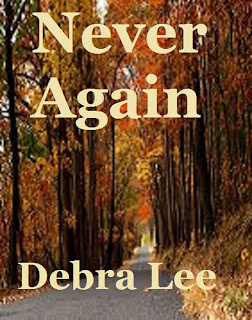 Once upon a time, I killed a little boy. I had to shut him up. But mostly, I wanted to see if I could get away with it. 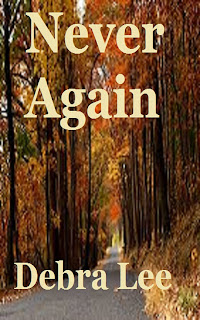 How far would you go to protect your child?

Welcome to the fictitious little town of Watery, Pennsylvania where stay-at-home mom, Mary Jackson has reason to fear her child will be taken again.

Snatched from her crib in the middle of the night as a newborn, two-year-old Jena’s abductor’s whereabouts is suddenly unknown. And on top of that, another child snatcher and killer lurks close by.

I wrote this novella because some readers of my book Taken wished I had told them more about Mary’s little brother Michael and his killer. Others wanted to know what happened to Jena’s abductor. I was curious as well. So there you have it.

I'm working on a new book and wanted to share the cover. Opinions would be appreciated. 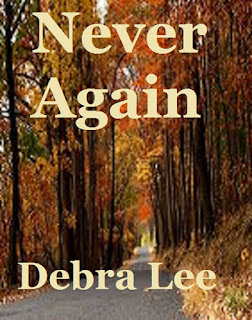 On Gabriella's sixteenth birthday, her mom drove to the local bakery to pick up a cake and never came home.

Not knowing who her father is, Gabriella is sent to live with an aunt she never knew existed. She suspects the woman is a fraud. But before she can prove it, they are chased through a portal and the bizarre adventure begins. It is no accident Gabriella ends up in a strange land full of danger, mystery, shape-shifters, and a budding romance.

Savior is a 25,000 word novella and was my first attempt at writing a fantasy for teens and adults. I plan to continue with Savior, provided you the reader wants to read more about the characters I created. I want to know what happens next. Do you? 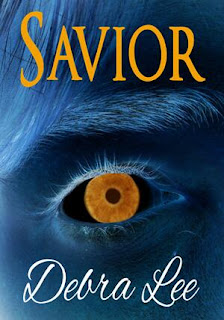 A murder to solve

Out of his mind with grief from the tragic death of his young son, Dick Jones is determined to permanently end his misery. He's a second away from putting a bullet in his head when fate or the devil herself intervenes.
http://www.amazon.com/dp/B00HCFXB4I 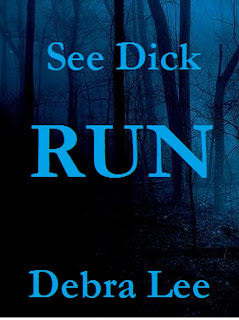 For all those who took advantage of the Friday 13th event, thank you. I hope you enjoy your free books. It would also be great if you could leave a review on Amazon for each of the books you read. Until next time, Debra
Posted by Debra Lee at 12:41 AM No comments:

FRIDAY the 13th FREE Kindle Event - 13 FREE Books From 13 Mystery Authors. Date: April 13, 2012 Event: Add some good luck to your Friday the 13th (April 13, 2012) with this special Kindle Select promotion from a group of mystery authors.

Taken by Debra Lee - Welcome to the fictitious little town of Watery, Pennsylvania where the district attorney’s personal secretary, Mary Murray never planned to become a single mom or a suspect in her infant’s disappearance, but she plans to find Jena before she suffers the same fate Mary’s younger brother had when he was taken twelve years earlier.

Sink or Swim by Stacy Juba- After starring on a hit game show set aboard a Tall Ship, personal trainer Cassidy Novak discovers that she has attracted a stalker. Can she trust Zach Gallagher, the gorgeous newspaper photographer assigned to follow her for a local series? As things heat up with the stalker and with Zach, soon Cassidy will need to call SOS for real. "Easy read and extremely well written." Stephenie LaGrossa, Survivor; "I could not put this book down." Book Club Queen

Darker By Degree by Keri Knutson - A missing girl. A mysterious break-in. A brutal murder. Actress Maddie Pryce is looking for her big break, but finds herself at the center of a series of seemingly unrelated crimes. Soon she’s tangled up with a persistent detective, a driven director, a playboy producer, and an unstable ingenue. Can Maddie unravel the clues before her next role is as a serial killer’s victim?

Diary of Murder by Jean Henry Mead - Dana Logan's wealthy sister, Georgi, dies and Georgi's husband claims it was suicide. Dana knows her sister would never take her own life and sets out to prove it was murder, with her friend, Sarah Cafferty. During their investigation, they stumble over more bodies and place their own lives in jeopardy when they encounter a vicious drug ring.

Ghost Island by Bonnie Hearn Hill - Is Aaron a dream, or is he something much more deadly? Livia Hinson has just begun a Seminar at Sea when a storm hits their boat. Now, she is stranded with the other students on an island off the coast of California. Far away from her foster home and her heartbreak, Livia finds Aaron, the perfect love. But the only way they can be together is in her dreams.

One Small Victory by Maryann Miller -the story of one woman's courage. Suspense novel by Maryann Miller, based on a true story of a woman who infiltrated a drug ring and helped bring down a major distributor in her small Texas town. Don't discount what a mother can do to protect her children. First published in hardback, now available as an e-book and as a trade paperback.

Rock & Roll Homicide by RJ McDonnell - The 1st novel in the Rock & Roll Mystery Series finds PI Jason Duffy helping the widow of a slain rock star after she climbs to #1 in the police suspect charts. Duffy, an inexperienced former club musician, sorts through suspects ranging from band members to the Russian Mafia in this rocking whodunit. 4.67 Star Average.

Southeast Asian Quartet by William S. Shephard - Suspense and murder in Southeast Asia in the style of Somerset Maugham, these four tales evoke Singapore, Borneo, Malaya and Indochina. Perhaps you'll solve the disappearance of Jim Thompson, the Thai Silk King, missing for 35 years. Draw up a chair at the Raffles Bar and join us!

The Four Last Things by Timothy Hallinan - Hired to follow a young woman, private eye Simeon Grist becomes mired in murder and a million-dollar religious scam in The Four Last Things, the first in a series of highly-praised LA private-eye novels written in the 1990s by 2011 Edgar nominee Timothy Hallinan. The Drood Review called it “One of the 10 best books of the year.” Publisher's Weekly: “Very satisfying;” Booklist: “a sure winner.”

When a Man Loves a Woman: Enhanced Multimedia Edition by Alina Adams - Can a man and woman ever truly be just friends? What about if one of them is married? What if one of them suddenly isn't anymore? Originally published as a paperback by Dell in 2000, the 2011 e-book re-release multimedia edition now features all the text of the original, plus a bonus musical soundtrack to compliment the story! A romance from mystery author Alina Adams.

Willowtree: A Bruce DelReno Mystery by Mike Bove - Bruce DelReno, retired postman, golf and food nut, finds a body near the golf course. He believes the murder is connected to others and involves his Apache friend. Together, they stay a step ahead of the police in trying to solve the cases. They uncover dark secrets of a close knit group of friends in the town of Willowtree, Arizona. This is a fun read with some interesting characters.

Whispering by Gerrie Ferris Finger - Will Cleo Snow admit to making love with charming World War I fly-boy Graham Henry to clear him in the disappearance of an island woman who claims he plans to marry her? Will Graham compromise Cleo to clear himself? With her spirit firmed by deceit, Cleo vows to uncover the truth and keep her secret. Please mark your calendar for Give Your Child a Free Kindle Book Day on April 19 - in which numerous books for children, pre-teens, and young adults will be free.
Posted by Debra Lee at 12:44 AM No comments: 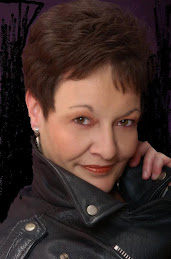 Debra Lee
If I'm in a murderous mood and want to ring someone's neck, I'll pen a mystery. When love is in the air, it's a romance.